For this first post, I had three very specific joints I wanted to cover from Dilla, Nas & Slaughterhouse. All are significant releases that I believe warrant a little examination. 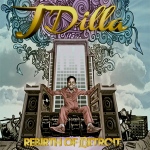 Dilla’s legacy will forever be marred by good – yet misplaced – intentions.

Typically, any new Dilla record can be sampled a minute and a half at a time, beats first. After hearing this posthumous release – assembled by Jonathan Taylor and Maureen Yancey – the standouts are obvious and this is one of them. The biggest opportunity on the album is talent and this is one joint that hurdles that as Chuck Inglish (The Cool Kids) and Boldy V manage to ride Dilla’s low end theory – and its well-placed David Essex sample – with a comfortable cadence that would sit well on any of DIlla’s older records. “Not everyone can rap,” exclaims Inglish on his first verse and that’s just in general. It’s even harder to find an emcee that can properly rap over a Dilla beat.
4/5

Nasir Jones has been all about grand entrances lately.

He intro-ed his latest, Life is Good, with five standout joints – including this one – to really whet your appetite. The title track to Hip Hop is Dead, God Son‘s Made You Look, Bridging the Gap off Street’s Disciple and his collaborative effort with Damian Marley, As We Enter, were heatseekers tasked with reintegrating Nas into the collective rap consciousness and with album 10 hitting #1 this past week, it appears Nas is definitely onto something. Rap has always been a young man’s game but when artists figure out how to successfully transition their debuts into careers it’s a testament to their talent – and Nas has managed to do it with straightforward boom bap.
5/5 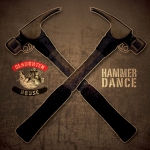 El-producto is buzzing hard right now after the release of his collaboration with Killer Mike so when this dropped, the anticipation was heavy.

He arms this first single off Welcome to the Slaughterhouse with a barrage of “shock and awe” that really elevate the track. The drums and percussion hit harder than a Hulk smash and are complemented by a menacing chord buzz that manages to avoid sounding like cheesy stock samples. El-P’s fantastic damage is a complete departure from araabMUZIK’s signature chops but the two producers aren’t that dissimilar. Both achieve sonic brilliance by maintaining a hardcore aesthetic that separates them from many of their peers. This was a “leak” so you won’t find it on iTunes. Keep searching.
5/5

It certainly has been a hot minute since the last update. The fellas have naturally been grindin’, working on music and rinsing that fuelgoodmusic on the regular. If you follow us on Twitter or Facebook – individually or collectively – then you’re in the loop & have been keeping up with the movements.

A major focus for the team has been our weekend residency at Bar Italia. As you know, we are spinning there from Thursday to Saturday. Each night has a specific focus but the format remains the Ultimately, fuelgoodweekends is a signature residency where we showcase what we have come to be known for – that fuelgood sh!t, son.

It is not uncommon to see variations on each night with all three regularly playing alongside each other with appearances by Premium Plus, Jay Boogie and DJ Rahdil, as well. Speaking of Rahdil, you can catch him on the Streetz 107.9 weekly boat cruise on Thursday nights, as well as at Republic on Saturday nights.

If you were wondering what’s been happening with fuelgoodradio, which aired Fridays from 12 midnight – 2 a.m., there will be a slot change within the next three weeks. The biggest challenge was the fact that everyone is always booked to play on Friday nights, which is why we were prerecording the show. With the new slot, we will all be in the studio live!

One last thing…Break4Bread/DGC 10th year anniversary is approaching! It’s going down August 18 at Sisler High School and will feature special guest judge B-Boy Ronnie (Red Bull BC One All-Stars, Supercrew), the 2-on-2 All-Styles battle as well as Maverik One providing the beats and breaks! For more info, search for the event page on Facebook.